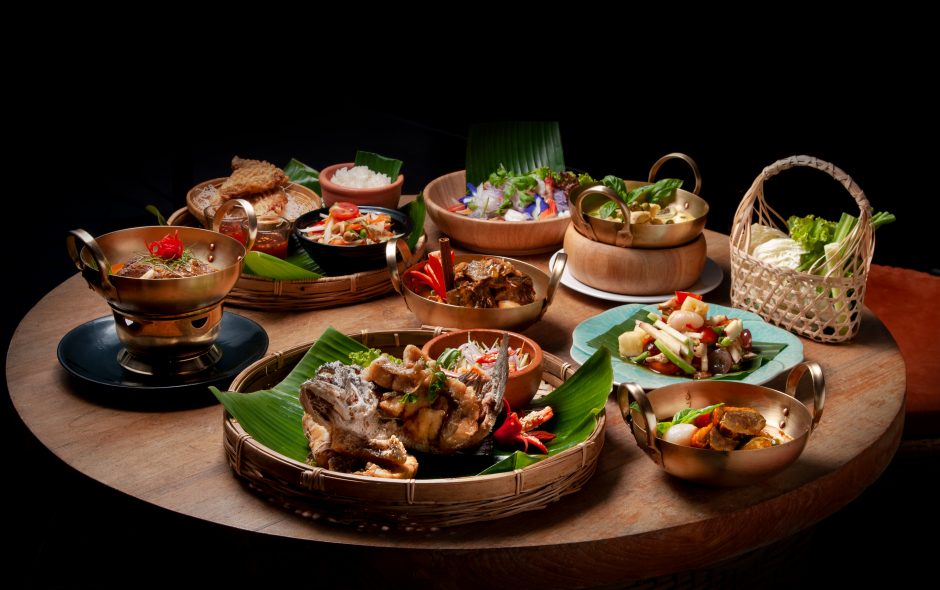 Thai food is loved by people all over the world. But most of what foreigners consider to be Thai food is simple, but tasty dishes that can be found in any restaurant or food stall in Thailand. If they happened to venture into a Thai fine dining establishment, their entire perception of Thai food would be changed forever.

Fine dining Thai cuisine takes Thai food, as Gordon Ramsay is fond of saying “to a whole new level.” This type of Thai cuisine emerged onto the food scene when innovative chefs began researching the food served to Thailand’s succession of Kings and the Royal Family down through the ages.

They found that the recipes for favorite dishes were handed down through the generations of chefs working in the Royal Palace kitchens. These dishes were often served to visiting dignitaries and heads of state as well when the Kings would host them to a dinner at the Royal Palace.

The Kings were justifiably proud of Thai cuisine, as well as the country’s agricultural bounty, and wanted to share an important part of Thai culture with their guests.

As more and more Thai chefs learned about this Royal Thai cuisine and began to replicate its dishes, they also discovered the depths of flavor that the cuisine embodied.

As chefs try their hand at the intricate preparation methods of Royal Thai cuisine, it improves their understanding of ingredients as well as their kitchen skills. And this benefits Thai cuisine as a whole.

Reasons to Get Excited About Disney+’s Ahsoka Show
November 5, 2021